The role of the left back has evolved a great deal over the last couple of decades, with both full-backs being expected to work a complete two-way game at the highest level.

Given the immense amount of pace that so many wingers have in FIFA 21, you need an agile, speedy, and quick-off-the-mark left back to keep them in check.

Here, we’re looking at the fastest left backs of FIFA 21 who’ll give you the best chance of keeping up with the game’s top wingers.

Sprint speed is an incredibly influential attribute in FIFA 21, but there are a couple of other key attributes that contribute to the in-match speed and quickness of the fastest left backs.

Of course, the main attribute that complements sprint speed is acceleration, with the fastest left backs needing to be quick to get to their top speed.

The other important attribute is agility, which determines factors like turning speed quickness when changing direction. As the fastest left backs need to be just as good at surging up the line as they are at quickly turning to catch wingers who chase through balls or play on the shoulders of defenders, agility is a crucial factor.

So, to select and rank the fastest left backs, we’ve narrowed down the search to those with high sprint speed, acceleration, and agility, with the best being those with the best average rating across all three.

Due to these parameters, some left backs who’re strong in one or two of the three key attributes didn’t make the cut, including Theo Hernández (81 OVR), Anibal Chalá (68 OVR), Zaidu Sanusi (73 OVR), and Souleyman Doumbia (71 OVR).

He’s got 17 caps, five goals, and eight assists for Canada, is already recognised as one of the best left backs in European football, and is still only 20-years-old; Alphonso Davies’ rise to the top has been nothing short of extraordinary.

The Ghanaian-born left back is best-known for his athleticism, boasting a near-endless engine and incredible speed off and on the ball. Like many of his muscle-bound teammates, Davies has also become an immensely strong player, thanks to the gruelling fitness regime implemented by Dr Holger Broich.

Already standing as the highest potential wonderkid from North America, Davies also tops all others of his position in FIFA 21 as the fastest left back. With 96 acceleration, 96 sprint speed, and 85 agility, the Canadian clocks in with a 92.33 average across the key speed attributes.

While Davies’ 79 stamina does limit how much you can hold down the sprint button, his 89 POT indicates that the attribute will improve significantly over the coming season. For now, Bayern’s defender has decent ratings to use with his speed, such as the 85 dribbling, 82 balance, 79 sliding tackle, and 73 crossing.

Over the last few years, Brentford have become known for nurturing some incredibly exciting talents – particularly those with high work rates, strength, and incredible foot speed. Rico Henry came to the club in 2016 from Walsall, featuring as the club’s first-choice left back for the last two seasons.

Prior to the start of the 2019/20 season, Henry was given starts in left midfield and left back, but several long-term injuries held him out of the starting XI through the Birmingham-native’s first years in Greater London.

With a 74 OVR and 79 POT, Henry isn’t going to command a huge transfer fee, but the Bees full-back’s athleticism makes him a potent weapon in the right team.

Weighing in with 92 acceleration, 90 sprint speed, and 90 agility, Henry stands as one of the fastest left backs in FIFA 21. The Englishman’s speed is further bolstered by his 90 balance, 72 ball control, and incredible 92 jumping.

Listed as Alexandro Bernabéi for his club, the diminutive Argentine managed to establish himself in the Lanús first-team last season. Claiming the left back role, but also playing on the left wing regularly, he’s netted twice and teed-up three more as a professional so far.

Bernabéi has earned a reputation for his desire to push the attack, with his 5’5’’, 10st build seemingly being core to his energetic, speedster style of play. That said, the defensive side of his game hinges on his pure desire to reclaim possession, as opposed to firm defending fundamentals.

In FIFA 21, Alexander Bernabei is certainly an attacking full-back, with his 89 acceleration, 88 agility, and 90 sprint speed landing him as one of the fastest left backs in the game.

With his speed, 81 balance, 82 stamina, 74 dribbling, 76 curve, 73 crossing, and 76 aggression, Bernabei can be an extra offensive weapon to start along the backline. That said, the Argentine’s 57 defensive awareness and 67 interceptions mean that his turn and speed are his main defensive assets.

While primarily deployed as a left back, Casco has also featured slightly higher up the pitch when called-upon, helping his record last season to hit two goals and three assists in 34 games.

Playing for Núñez inFIFA 21, the left back has hit his peak but has plenty to offer in attack and defence. Not only is he one of the fastest in the position with 91 sprint speed, 89 agility, and 85 acceleration, but his 91 stamina enables Casco to keep on running at top speed throughout each game.

Without the ball, Casco’s 72 standing tackle, 74 sliding tackle, 73 interceptions, and 80 positioning will help him to regain possession. With the ball, the Argentine can be a useful weapon thanks to his 79 crossing, 77 short passing, 81 dribbling, and 79 ball control.

While there are certainly Brazilian wonderkids in FIFA 21, you won’t find the next top talent in Brazil’s divisions as EA Sports don’t have the license to feature the players, resorting to generating players instead.

This has led to the creation of several players like Oswaldito Cuba, who is 24-years-old, doesn’t have an image, and is both 74 OVR and 74 POT. However, the generated Brazilian does have a rather appealing asset: raw speed.

Cuba clocks-in with 89 agility, 92 sprint speed, and 84 acceleration to stand as one of the fastest left backs in FIFA 21. His 87 balance and 77 reactions further bolster his incredible movement, but without room to grow, Palmeiras’ defender will continue to feature distinctly middling defensive ratings.

All the fastest left backs (LB) in FIFA 21

Below, you can find all of the fastest left backs in FIFA 21 who excel in the key attributes of acceleration, sprint speed, and agility, with them being ranked by their average rating across those three.

If you need a speedster left back to provide a surging attacking weapon and who can turn on a sixpence to catch the crafty wingers, get one of the fastest FIFA 21 players listed above. 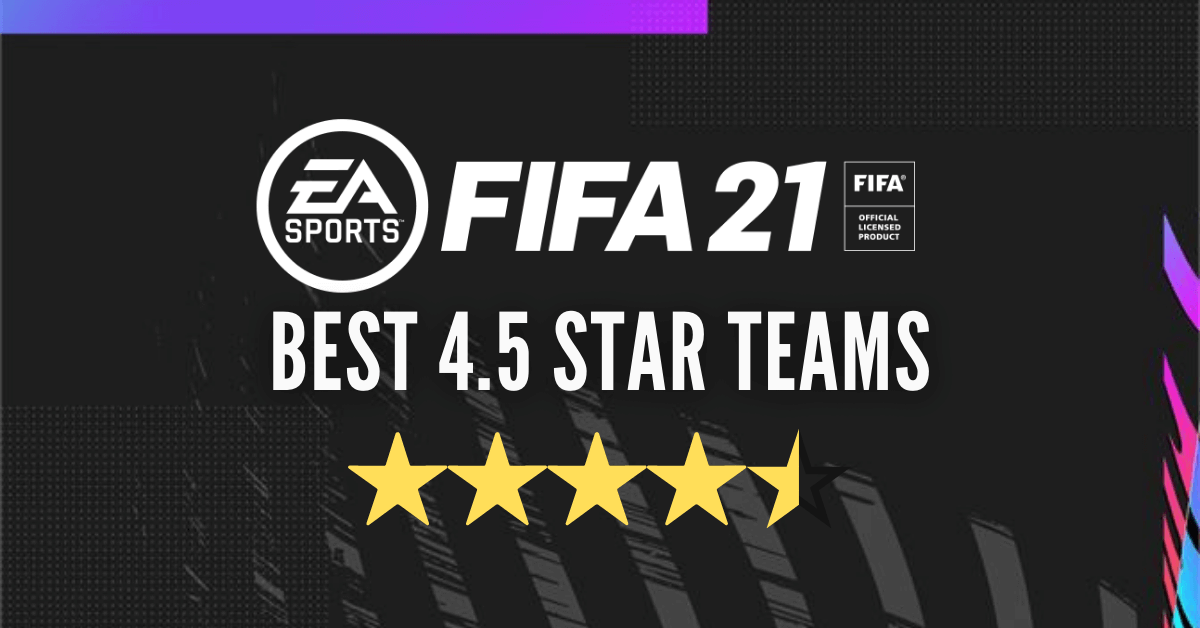 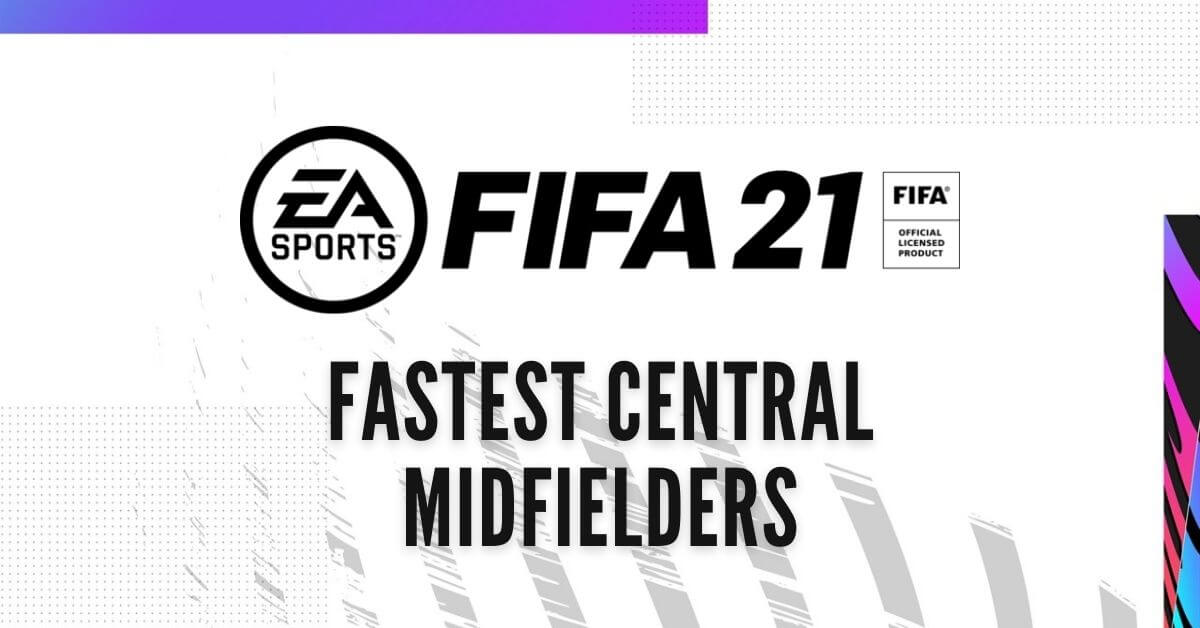 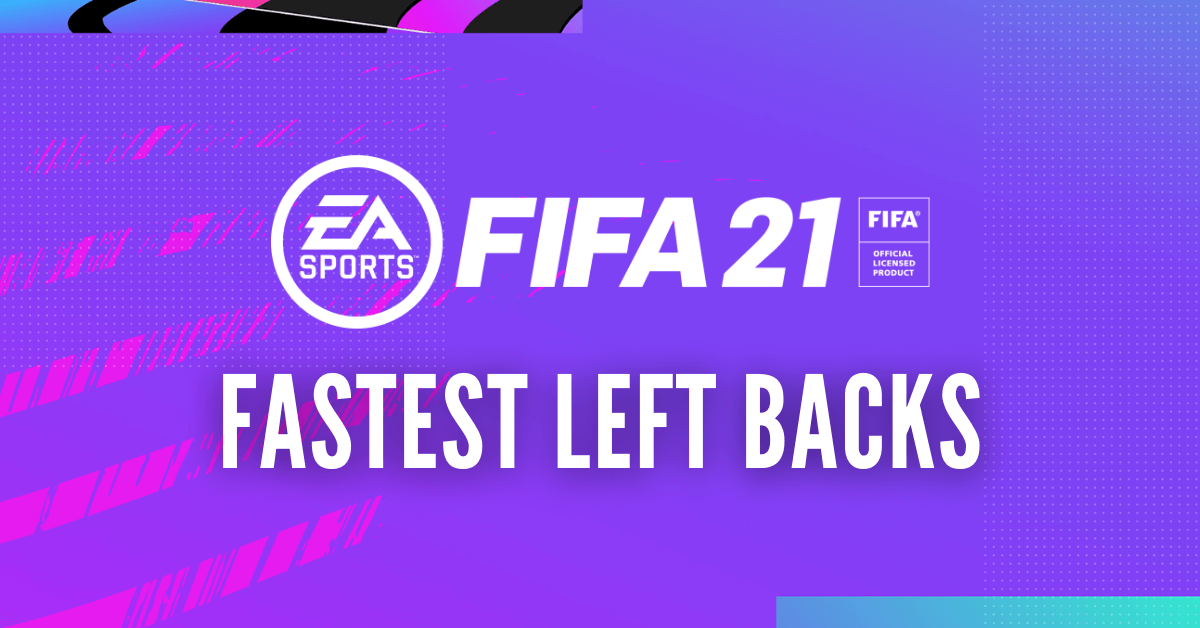